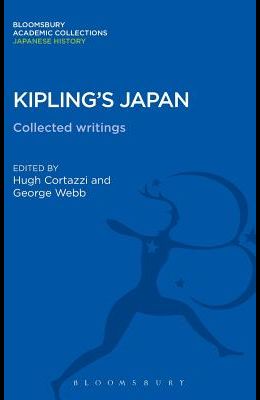 by
and Hugh Cortazzi and George Webb

Kipling visited Japan in 1889 and 1892. No other leading English literary figure of his day spent so long in that country or wrote so fully about it. Kipling's newspaper dispatches from Japan were described by the great Japanologist Basil Han Chamberlain as 'the most graphic even penned by a globetrotter'. These vivid pen-pictures, together with Kipling's other writings about Japan, are now collected by Sir Hugh Cortazzi and George Webb, carefully edited with an introduction and Notes. First published in 1988, this title is part of the Bloomsbury Academic Collections series.