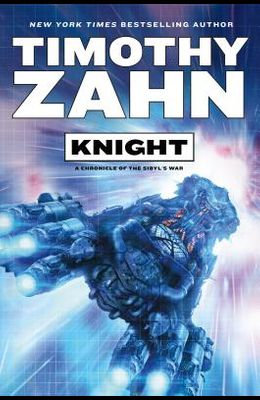 Knight: A Chronicle of the Sibyl's War

A legend of Space Opera isBack with the second book in the Sibyl's War Nicole Hammond was just trying to survive on the streets of Philidelphia, then she andher partner Bungie were abducted by a race of mysterious moth-like aliens andtaken to a strange ship called the Fyrantha . Nowshe is a Sibyl, a special human that has the ability to communicate with thealiens and their ship, and no one is happy. Competing factions control different parts of the Fyrantha withthe humans and other sentient aliens caught in the middle. But Nicole is donebeing bullied, and now she has a plan to take control of the ship. She just has to outsmart war profiteers and slavers to do it.