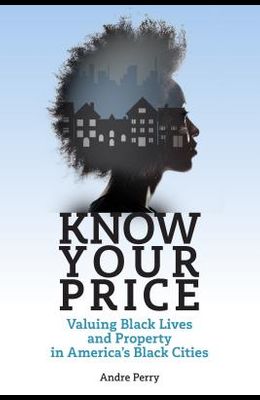 From the Back Cover The deliberate devaluation of Blacks and their communities has had very real, far-reaching, and negative economic and social effects. An enduring white supremacist myth claims brutal conditions in Black communities are mainly the result of Black people's collective choices and moral failings. That's just how they are or there's really no excuse we've all heard those not so subtle digs. But there is nothing wrong with Black people that ending racism can't solve. We haven't known how much the country will gain by properly valuing homes and businesses, family structures, voters, and school districts in Black neighborhoods. And we need to know. Noted educator, journalist, and scholar Andre Perry takes readers on a tour of six Black-majority cities whose assets and strengths are undervalued. Perry begins in his hometown of Wilkinsburg, a small city east of Pittsburgh that, unlike its much larger neighbor, is struggling and failing to attract new jobs and industry. Bringing his own personal story of growing up in Black-majority Wilkinsburg, Perry also spotlights five others where he has deep connections: Detroit, Birmingham, New Orleans, Atlanta, and Washington, D.C. He provides an intimate look at the assets that should be of greater value to residents--and that can be if they demand it. Perry provides a new means of determining the value of Black communities. Rejecting policies shaped by flawed perspectives of the past and present, it gives fresh insights on the historical effects of racism and provides a new value paradigm to limit them in the future. Know Your Price demonstrates the worth of Black people's intrinsic personal strengths, real property, and traditional institutions. These assets are a means of empowerment and, as Perry argues in this provocative and very personal book, are what we need to know and understand to build Black prosperity.