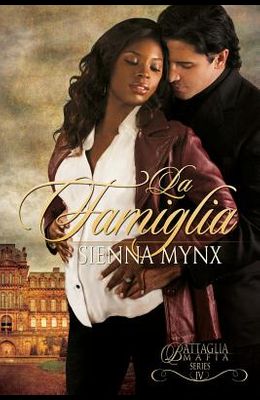 Never question my heart, my courage, my loyalty To my men and to this family I am all things. But to my wife I am only one. Husband. - Don Giovanni Battaglia. The year is 1992. The Battaglia family awaits the birth of the newest members to their clan. Twin boys will be born to the capo di tutti capi of the Neapolitan clans. By an African American woman who has married the most powerful and feared Mafia boss in all of southern Italy. Before the birth Don Giovanni Battaglia makes a decision that shocks the family. He will move his wife out of the Campania to his homeland of Sicilia. Against the advisement of his consigliere and uncle, the family relocates to the beautiful seaside beach town of Mondello. And unbeknownst to the Don the lies and secrets he keeps from his wife are already unraveling as well as his empire. His cousin Lorenzo Battaglia who has suffered a humiliating banishment plots secretly to return. The men of the Camorra, organize against him to take control of a region they feel he has left open to his enemies. And the most powerful Don in Sicily, Marsuvio Mancini, is determined to expose his famiglia tie to Mirabella Battaglia. It is an old Mancini family secret that will bring forth cataclysmic consequences. And while Giovanni and Mirabella fight to hold onto their marriage, the family bonds that keep them strong begin to crumble. Will the Don realize the true meaning of preserving honesty, love, and faith in his marriage in time? Will Donna Mirabella find the strength to forgive her husband of his lies to keep the family safe from his wrath? And what will become of the others who are caught up in their cyclone of drama?

List of All Editions of La Famiglia: Battaglia Mafia Series