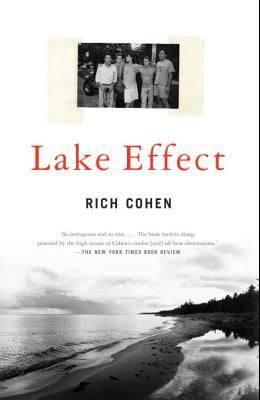 From the acclaimed author of Tough Jews and The Avengers comes this elegiac memoir that examines the nature of friendship and how it survives even as it's destined to change.

From the front Cover A New York Times Notable Book Winner of the Great Lakes Book Award and the 21st Century Award from the Chicago Public Library Raised in an affluent suburb on the North Shore of Chicago, Rich Cohen had a cluster of interesting friends, but none more interesting than Jamie Drew. Fatherless, reckless, and lower middle class in a place that wasn't, Jamie possessed such an irresistible insouciance and charm that even the teachers called him Drew-licious. Through the high school years of parties and Cub games and girls, of summer nights on the beach and forbidden forays into the blues bars of Chicago's notorious South Side, the two formed an inseparable bond. Even after Cohen went to college in New Orleans (Jamie went to Kansas) and then moved to New York, where he had a memorable interlude with the legendary New Yorker writer Joseph Mitchell, Jamie remained oddly crucial to his life. Exquisite and taut, Lake Effect is a bittersweet coming-of-age story that quietly bores to the essence of friendship and how it survives even as it is destined to change.