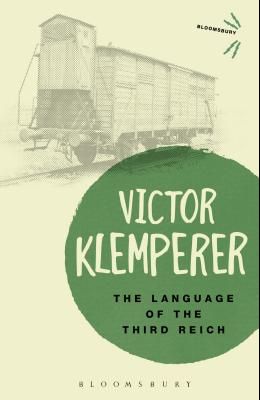 Language of the Third Reich

A labourer, journalist and a professor who lived through four successive periods of German political history - from the German Empire, through the Weimar Republic and the Nazi state through to the German Democratic Republic - Victor Klemperer is regarded as one of the most vivid witnesses to a tumultuous century of European history. First published in 1957, The Language of the Third Reich arose from Klemperer's conviction that the language of the Third Reich helped to create its culture. As Klemperer writes: 'It isn't only Nazi actions that have to vanish, but also the Nazi cast of mind, the typical Nazi way of thinking, and its breeding ground: the language of Nazism.'