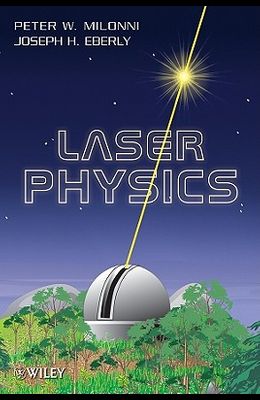 From the Back Cover A comprehensive introduction to the operating principles and application of lasers Although the basic principles of lasers remain unchanged, the ever-increasing role of optical physics and engineering in basic science and in technology has caused a significant shift in the types of laser systems of greatest interest. Laser Physics --which is an updated, reconfigured, and expanded edition of the previously published Lasers --reflects the importance of lasers and their applications in a remarkably wide range of fields. Discussions and features include: Absorption, emission, and dispersion of light Laser principles applied to specific lasers Photon counting and optical coherence Dispersion, chirping, and modes in optical fibers Optical pumping, spin-polarized atoms, and atomic clocks Fiber amplifiers and lasers Laser cooling and trapping Laser propagation in resonant media and in turbulent atmospheres Elements of nonlinear optics Generation of ultrashort pulses and frequency combs and applications Lasers in lidar, adaptive optics, and medicine Semiconductor lasers and optical communications Complete with end-of-chapter problems for students, Laser Physics is an excellent textbook for advanced undergraduate and graduate courses in electrical engineering, physics, and optics. It also serves as a valuable reference for professionals working in industry and government laboratories.