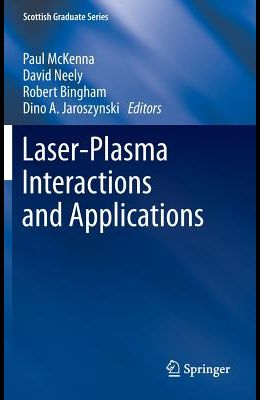 by
Paul McKenna and David Neely and Robert Bingham

From the Back Cover Laser-Plasma Interactions and Applications covers the fundamental and applied aspects of high power laser-plasma physics. With an internationally renowned team of authors, the book broadens the knowledge of young researchers working in high power laser-plasma science by providing them with a thorough pedagogical grounding in the interaction of laser radiation with matter, laser-plasma accelerators, and inertial confinement fusion. The text is organised such that the theoretical foundations of the subject are discussed first, in Part I. In Part II, topics in the area of high energy density physics are covered. Parts III and IV deal with the applications to inertial confinement fusion and as a driver of particle and radiation sources, respectively. Finally, Part V describes the principle diagnostic, targetry, and computational approaches used in the field. This book is designed to give students a thorough foundation in the fundamental physics of laser-plasma interactions. It will also provide readers with knowledge of the latest research trends and elucidate future exciting challenges in laser-plasma science.