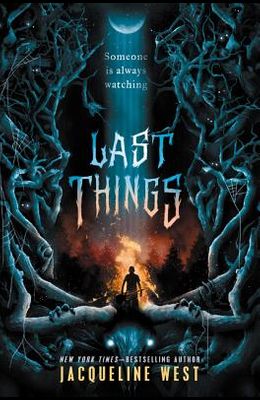 When strange things start happening to local music idol Anders Thorson, everyone blames his number-one-fan, Thea. But is she out to hurt him? Or protect him? New York TimesDbestselling author West creates an atmospheric, fast-paced story about the cost of talent--and the evil that lurks just out of sight.

From the Back Cover SOMEONE IS ALWAYS WATCHING Anders Thorson is about to get everything he's ever wanted. His band is on the cusp of making it big. His guitar technique has gone from great to world-class. Songs come to him fully formed, in an exhilarating rush. And Frankie, the most popular girl in their small Minnesota town, is interested in him . He's worked hard for it all. He's earned it. It has nothing to do with that night in the woods. That's what he tells himself. Thea Malcolm likes the edges. She hides at the edge of Anders's adoring crowds, where she can see him without being seen. She waits outside his bedroom window, at the edge of the light. She has to keep him safe. Because of that night in the woods. That's what she tells herself. But it won't be long before the woods close in around them both.