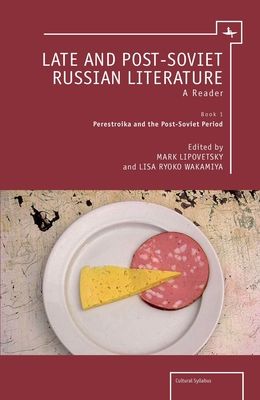 Late and Post-Soviet Russian Literature: A Reader (Vol. I)

by
and Mark Lipovetsky and Lisa Wakamiya

The first volume of 'Late and Post-Soviet Russian Literature: A Reader' introduces a diverse spectrum of literary works from Perestroika to the present. It includes poetry, prose, drama and scholarly texts, many of which appear in English translation for the first time. The three sections, Rethinking Identities, 'Little Terror' and Traumatic Writing, and Writing Politics, address issues of critical relevance to contemporary Russian culture, history and politics. With its selection of texts and introductory essays 'Late and Post-Soviet Russian Literature: A Reader' brings university curricula into the twenty-first century.