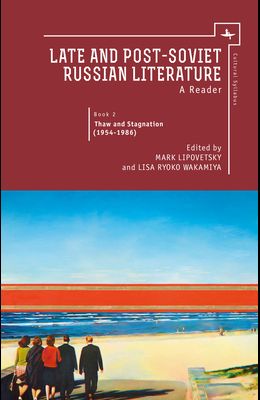 by
and Mark Lipovetsky and Lisa Wakamiya

The second volume of Late Soviet and Post-Soviet Literature: A Reader treats the literature of the Thaw and Stagnation periods (1954-1986). It includes translations of poetry and prose as well as scholarly texts that provide additional material for discussion. The goal of this volume is to present the range of ideas, creative experiments, and formal innovations that accompanied the social and political changes of the late Soviet era. Together with the introductory essays and biographical notes, the texts collected here will engage all students and interested readers of late Soviet Russian literature.