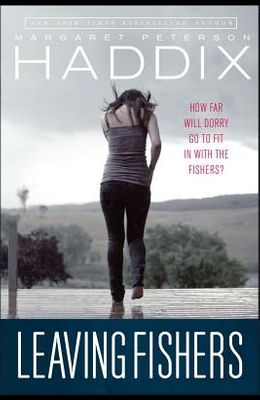 Now with a new trim size and a new line look, a chilling portrait of an insecure teenager gradually relinquishing her autonomy to a religious cult ( Kirkus Reviews ) from New York Times bestselling author Margaret Peterson Haddix. Dorry is unbearably lonely at her new high school until she meets Angela and her circle of friends. She soon discovers they all belong to a religious group, the Fishers of Men. At first, as Dorry becomes involved with the Fishers, she is eager to fit in and flattered by her new friends' attention. But the Fishers make harsh demands of their members, and Dorry must make greater and greater sacrifices. In demonstrating her devotion, Dorry finds herself compromising her grades, her job, and even her family's love. How much is too much? And where will the cult's demands end?