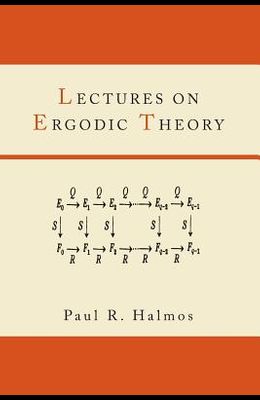 2013 Reprint of 1956 Edition. Full facsimile of the original edition, not reproduced with Optical Recognition Software. Ergodic theory is a branch of mathematics that studies dynamical systems with an invariant measure and related problems. Its initial development was motivated by problems of statistical physics. A central concern of ergodic theory is the behavior of a dynamical system when it is allowed to run for a long time. Paul Richard Halmos (1916 - 2006) was a Hungarian-born American mathematician who made fundamental advances in the areas of probability theory, statistics, operator theory, ergodic theory, and functional analysis (in particular, Hilbert spaces). He was also recognized as a great mathematical expositor.