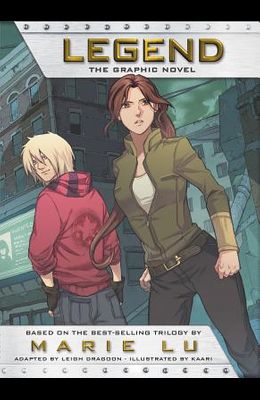 Book #1 in the Legend: The Graphic Novel Series
by
Marie Lu

Born into an elite family in one of the Republic's wealthiest districts, fifteen-year-old June is a military prodigy. Born into the slums of the Republic's Lake Sector, fifteen-year-old Day is the country's most wanted criminal. But his motives are not as sinister as they often they seem. One day June's brother is murdered and Day becomes the prime suspect. Now, Day is in a race for his family's survival, while June tries desperately to avenge her brother's death. And the two uncover the truth of what has really brought them together and the lengths their country will go to in order to keep its secrets.

Legend: The Graphic Novel Series In Order - By Marie Lu