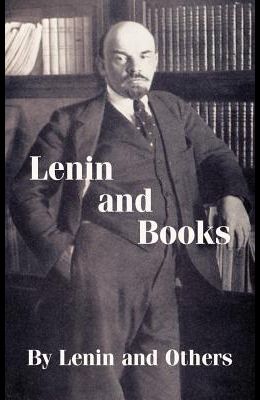 Man has worshiped books from time immemorial - the greatest wonders of all the wonders created by mankind - to use Gorky's true words. Lenin said that books were a tremendous force. The catalogue of Lenin's private library in the Kremlin lists more than 8,400 titles. And these undoubtedly represent but a small fraction of the total number of books and other publications that interested Lenin in the course of his life. Lenin's writings include many documents of the greatest interest relating to books - articles, letters, critical reviews, surveys of books, speeches, notes, directives, etc. About 900 books, magazines and newspapers with Lenin's marks on them have been collected in the Institute of Marxism-Leninism. These all contain his profound thoughts on the social character of books and the part they play in the life of society, his comments on individual writers, judgments on particular books, advice to book publishers, suggestions on the work of libraries, and so on. A rich memoir literature has been written about Lenin. Many of his contemporaries have told us of the way Lenin worked with books, what and how he read, what he thought of works of fiction and political and scientific books. Lenin's own words and the reminiscences of him published in this collection will help the reader to get a better idea of Lenin as author of outstanding works of Marxist thought, research worker, editor, critic and reader. The materials are grouped under two headings: Lenin on Books and Books in Lenin's Life. Each part is prefaced by a short introductory commentary containing a brief outline of the contents and any necessary explanations.