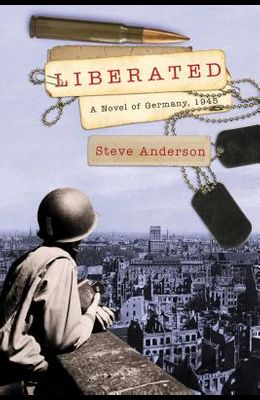 Can a lone American captain rescue justice in war-torn Germany? It's May 1945, the war's just over, and Harry Kaspar, an American captain in Germany, is about to take a new posting in the US occupation--running a Bavarian town named Heimgau. When Harry loses the command to Major Membre, he'll do almost anything to win the job back. When Harry discovers a horrific scene--three German men tortured and murdered--he reckons that solving the crime could teach the conquered townspeople about American justice, as well as help him reclaim that better posting. The only problem is that Harry's quest for the real killer will lead him straight back to his commander, Membre, and eventually to his mentor, a can-do rebel US colonel named Spanner. Spanner is a gangster run rampant, plundering the war-torn land for all its grim worth. Harry's lover, Katarina, a gutsy German actress, helps him realize he must fight back. Recognizing that absolute power corrupted and then destroyed Major Membre and Colonel Spanner, Harry takes it upon himself to overcome any obstacle that gets in his way and set a new American example by which a terrorized town and a mix of battered peoples can rise up from the ashes of a brutal, demoralizing war. Skyhorse Publishing, as well as our Arcade, Yucca, and Good Books imprints, are proud to publish a broad range of books for readers interested in fiction--novels, novellas, political and medical thrillers, comedy, satire, historical fiction, romance, erotic and love stories, mystery, classic literature, folklore and mythology, literary classics including Shakespeare, Dumas, Wilde, Cather, and much more. While not every title we publish becomes a New York Times bestseller or a national bestseller, we are committed to books on subjects that are sometimes overlooked and to authors whose work might not otherwise find a home.

List of All Editions of Liberated: A Novel of Germany, 1945