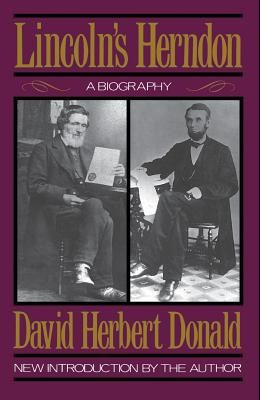 Occasionally a book that begins as a work of scholarship becomes a great and profoundly moving human document. This life of Lincoln's friend, law partner and biographer is such a book. It has a two-fold focus: on the Abe Lincoln in Illinois days--the days of Lincoln's courting, arguing, and politicking; and on Herndon's long and wracking fight to publish his biography in the face of poverty, drive, and disillusionment, it achieves the impetus and grandeur of tragedy. David Donald has given us a magnificent account of how a country lawyer became a national figure and what happened to the friend he left behind when he became president. An impressive study of mythmakers and mythmaking, this biography of William Henry Herndon, a man intimately connected to movements for abolition of slavery, temperance, religious liberalism, currency reform, and women's rights is also a sweeping picture of America just before, during, and after the Civil War.

List of All Editions of Lincoln's Herndon: A Biography