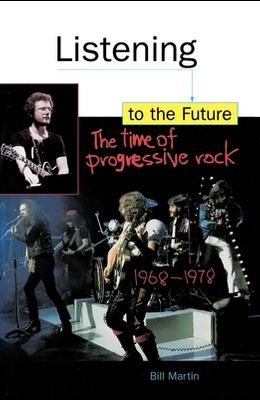 In the early seventies, King Crimson, Yes, Jethro Tull, Emerson, Lake and Palmer, and many others brought forth a series of adventurous and visionary works, often of epic length. Responding both to the new possibilities in rock music opened up by Sergeant Pepper's Lonely Hearts Club Band, as well as to the countercultural politics and aesthetics of the late sixties, these musicians applied consummate instrumental and compositional skill to transgressing boundaries. Since the late seventies, histories of rock music have either ignored or marginalized the progressive rock era. In part, this has occurred because rock music criticism has taken an almost completely sociological turn, with little or no interest in musical form itself. In Listening to the Future, Bill Martin argues that it is a musical and political mistake to ignore this period of tremendous creativity, a period which still finds resonance in rock music today. He sets the scene for the emergence of progressive rock (showing that, in fact, there has always been a progressive trend in rock music, a trend that took a quantum leap in the late sixties), and develops a terminology for understanding how an avant-garde could arise out of the sonic and social materials of

Books similiar to Listening to the Future: The Time of Progressive Rock, 1968-1978

List of All Editions of Listening to the Future: The Time of Progressive Rock, 1968-1978