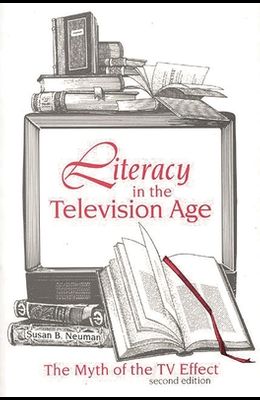 Literacy in the Television Age: The Myth of the TV Effect, 2nd Edition

Television represents a potent social influence for today's children. Whether it is a positive or negative force, however, continues to be hotly debated. This is the central issue of this second edition. Has television contributed to a decline in literacy skills? Are the charges justified by existing evidence or by the results of current experimentation? Are there certain cultural biases toward television that narrowly define its uses as a learning tool? Can these issues be resolved to take advantage of new opportunities that the television medium presents? Television's influence on literacy and school learning are examined within a framework of four major themes: the displacement hypothesis, whether television influences the way children learn, the public's concern that television affects school-related behaviors, and television's capacity to whet children's academic interests. This book takes a fresh look at these themes, starting with a review and synthesis of major studies to date and moving on to a new series of studies analyzing the relationship between media and literacy.

List of All Editions of Literacy in the Television Age: The Myth of the TV Effect, 2nd Edition