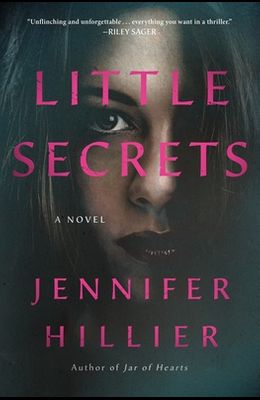 Unflinching and unforgettable. Little Secrets has everything you want in a thriller --Riley Sager, New York Times bestselling author of Lock Every Door Overwhelmed by tragedy, a woman desperately tries to save her marriage in award-winning author Jennifer Hillier's Little Secrets , a riveting novel of psychological suspense. All it takes to unravel a life is one little secret... Marin had the perfect life. Married to her college sweetheart, she owns a chain of upscale hair salons, and Derek runs his own company. They're admired in their community and are a loving family--until their world falls apart the day their son Sebastian is taken. A year later, Marin is a shadow of herself. The FBI search has gone cold. The publicity has faded. She and her husband rarely speak. She hires a P.I. to pick up where the police left off, but instead of finding Sebastian, she learns that Derek is having an affair with a younger woman. This discovery sparks Marin back to life. She's lost her son; she's not about to lose her husband, too. Kenzie is an enemy with a face , which means this is a problem Marin can fix . Permanently.