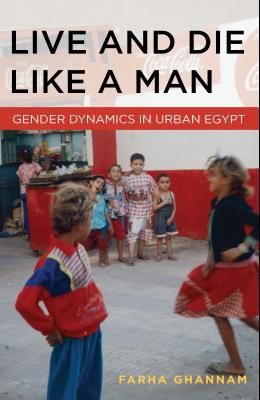 Live and Die Like a Man: Gender Dynamics in Urban Egypt

Watching the revolution of January 2011, the world saw Egyptians, men and women, come together to fight for freedom and social justice. These events gave renewed urgency to the fraught topic of gender in the Middle East. The role of women in public life, the meaning of manhood, and the future of gender inequalities are hotly debated by religious figures, government officials, activists, scholars, and ordinary citizens throughout Egypt. Live and Die Like a Man presents a unique twist on traditional understandings of gender and gender roles, shifting the attention to men and exploring how they are collectively produced as gendered subjects. It traces how masculinity is continuously maintained and reaffirmed by both men and women under changing socio-economic and political conditions. Over a period of nearly twenty years, Farha Ghannam lived and conducted research in al-Zawiya, a low-income neighborhood not far from Tahrir Square in northern Cairo. Detailing her daily encounters and ongoing interviews, she develops life stories that reveal the everyday practices and struggles of the neighborhood over the years. We meet Hiba and her husband as they celebrate the birth of their first son and begin to teach him how to become a man; Samer, a forty-year-old man trying to find a suitable wife; Abu Hosni, who struggled with different illnesses; and other local men and women who share their reactions to the uprising and the changing situation in Egypt. Against this backdrop of individual experiences, Ghannam develops the concept of masculine trajectories to account for the various paths men can take to embody social norms. In showing how men work to realize a male ideal, she counters the prevalent dehumanizing stereotypes of Middle Eastern men all too frequently reproduced in media reports, and opens new spaces for rethinking patriarchal structures and their constraining effects on both men and women.