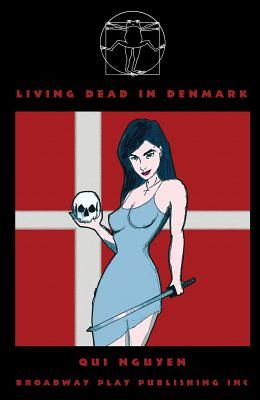 When the dead walk ... you run LIVING DEAD IN DENMARK is an action-adventure/horror sequel to William Shakespeare's HAMLET. Set five years after the events of the original, the undead have risen to power and are trying to take over the world, led by the zombie lord and true king of Denmark. Fortinbras, assembling a formidable opposition, has resurrected the corpses of some of the greatest women that Shakespeare had to offer: Lady Macbeth, Juliet, and the very angry Ophelia. A clash of the undead titans ensues Remember the excitement of each new production from the Ridiculous Theatrical Company? The company would offer a riff on a classic, shot through with enough satire to stand on its own. Vampire Cowboys Theater Company is channeling that energy in LIVING DEAD IN DENMARK, the hilarious and witty new play by Qui Nguyen. Nguyen, like Charles Ludlam before him, knows his Shakespeare. Using HAMLET as a jumping-off point, Nguyen throws in martial arts, horror movies, pop songs, puppetry, and comic books. Eat your heart out, Ed Wood ... A Backstage Critic's Pick -Victor Gluck, Backstage Qui Nguyen's comic book fantasia on Bardic themes takes characters from the main tragedies and throws them into an us-versus-zombies apocalyptic scenario, with enough rock-accompanied stage combat to keep an Elizabethan groundling satisfied. This gamely trashy treat is a perfect storm of theater&#8213;and horror&#8213;geek obsessions. -David Cote, Time Out New York