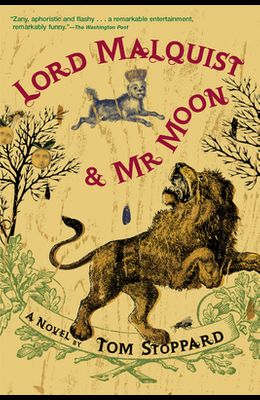 Tom Stoppard's first novel, originally published in 1966 just before the premiere of Rosencrantz and Guildenstern Are Dead, is an uproarious fantasy set in modern London. The cast includes a penniless, dandified Malquist with a liveried coach; Malquist's Boswellian biographer, Moon, who frantically scribbles as a bomb ticks in his pocket; a couple of cowboys, one being named Jasper Jones; a lion who's banned from the Ritz; an Irishman on a donkey claiming to be the Risen Christ; and three irresistible women.

List of All Editions of Lord Malquist and Mr. Moon