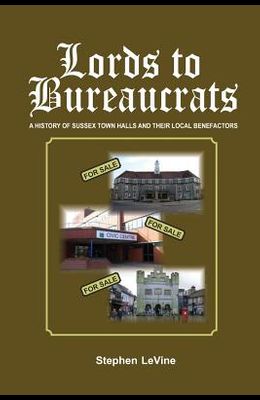 Lords to Bureaucrats: A history of Sussex town halls and their local benefactors

This book is about the history of Town Halls in the county. There are over thirty towns and villages in Sussex with what we can call a Town Hall. Some still have their Town Halls, while others have lost them over time. In some cases, it has been replaced by a modern Civic Centre. In many towns, there have been more than one building used, yet others have not had a Town Hall for many years. With a village choosing to become a town, they had the choice to elect a mayor. Some did and some did not. One village covered in the book has had two mayors over a ten-year period but only in office for two hundred days Most towns in the book have an accompanying photograph of the Town Hall with details of the town's prominent residents involved with local government. There is also information on council involvement in the set up of the Police, Fire and Ambulance services in the county.

List of All Editions of Lords to Bureaucrats: A history of Sussex town halls and their local benefactors