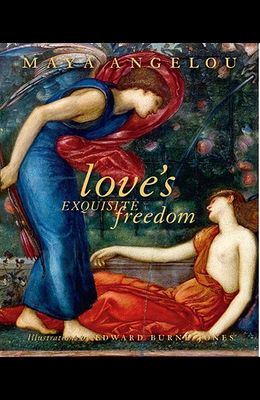 by
Maya Angelou and Edward BurneJones

The newest installment in Welcome Books' Art & Poetry series, Love's Exquisite Freedom pairs the lyrical grace of Maya Angelou with the exquisite art of Edward Burne-Jones. Angelou's poem of love's transcendent power finds a striking, sensual complement in Burne-Jones, a star of 19th century Britain's Aesthetic movement. Burne-Jones continually examined themes of love, while persuasively arguing for the value of art as an object of beauty. Fittingly, many of his works incorporate depictions of angels in various guises: as manifestations of love, redemption, and guidance, even as the Roman god Cupid. In Love's Exquisite Freedom , Burne-Jones' contention that art reveals a a light better than any light that ever shone is tempered by Angelou's naturalism and earnestness. The combination is an enchanting, powerful exploration of the redemptive quality of love and the unbidden pleasure of emotion. Works featured in the book are exhibited in the Metropolitan Museum of Art and the Harvard Art Museum, among others.