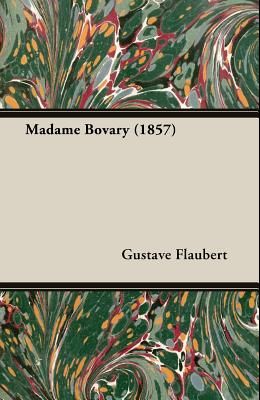 Madame Bovary (1857) By Gustave Flaubert Flaubert's first and much debated novel, which took him six years to write, and was threatened with legal extinction when it appeared in 1857, here it appears in an admirable version by the late Eleanor Marx-Aveling. Despite the early antagonism it aroused on moral grounds, it has been called one of the most salutary novels ever written. Henry James even said it might have been conceived as a Sunday-School tract, and the fate of Mme. Bovary, that 'would-be sybarite without a soul, ' bears him out. But all critics of the art of fiction are agreed that in form and finish Bovary is one of the world's greatest novels. 'It remains, ' says Mr. Peter Lubbock in The Craft of Fiction, 'perpetually the novel of all novels which the criticism of fiction cannot over look as soon as ever we speak of the principles of the art, we must be prepared to engage with Flauber