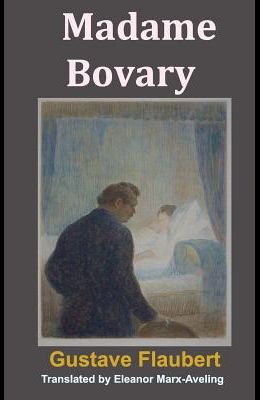 by
Gustave Flaubert and Eleanor MarxAveling

Marcel Proust praised the grammatical purity of Flaubert's style, while Vladimir Nabokov said that stylistically it is prose doing what poetry is supposed to do. Similarly, in his preface to his novel The Joke, Milan Kundera wrote, Not until the work of Flaubert did prose lose the stigma of aesthetic inferiority. Ever since Madame Bovary, the art of the novel has been considered equal to the art of poetry. Giorgio de Chirico said that in his opinion from the narrative point of view, the most perfect book is Madame Bovary by Flaubert. The publication of Madame Bovary in 1856 was followed by more scandal than admiration; it was not understood at first that this novel was the beginning of something new: the scrupulously truthful portraiture of life. Gradually, this aspect of his genius was accepted, and it began to crowd out all others. At the time of his death he was widely regarded as the most influential French Realist. Under this aspect Flaubert exercised an extraordinary influence over Guy de Maupassant, Edmond de Goncourt, Alphonse Daudet, and Zola. Even after the decline of the Realist school, Flaubert did not lose prestige in the literary community; he continues to appeal to other writers because of his deep commitment to aesthetic principles, his devotion to style, and his indefatigable pursuit of the perfect expression.