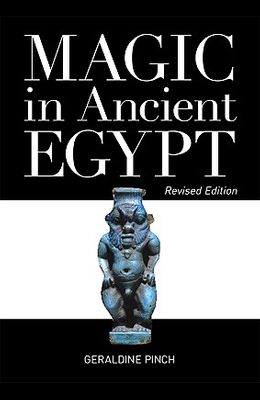 The Egyptians were famous in the ancient world for their knowledge of magic. Religion, medicine, technology, and what we would call magic coexisted without apparent conflict, and it was not unusual for magical and practical remedies for illness, for example, to be used side-by-side. Everyone resorted to magic, from the pharaoh guarding his country with elaborate magical rituals to the expectant mother wearing amulets to safeguard her unborn child. Magic in Ancient Egypt examines the fascinating connections between myth and magic, and the deities such as Bes and Isis who had special magical importance. Geraldine Pinch discusses the techniques for magic, its practitioners, and the surviving magical texts, as well as the objects that were used in magic--figurines, statues, amulets, and wands. She devotes a chapter to medicine and magic, and one to magic and the dead. Finally, she shows how elements and influences from Egyptian magic survived in or were taken up by later societies, right up to the twenty-first century.