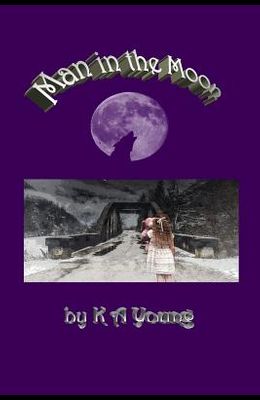 Man in the Moon

by
K A Young

Maxey Dove is the youngest sixth-grader in her class and her friends suddenly distance themselves from her, no longer interested in playing make-believe. Meet this girl whose imagination defies reality. -Will she convince Mrs. Cannon to let her star in a play ... even though she stutters? -Will she get revenge for their taunting and lies, or will she be a true friend to Angel, who also wants the starring role, and Rory, who has been acting so strangely? -Will she control her imagination to solve the Holiday Hoodlum mystery? -Will she cling to dreams of an absentee father or accept Mama's boyfriend? -Will she be able to face reality and still believe in the Man in the Moon? These readers decided to find out. Here's what they had to say: **Ah, the memories of growing up in a small, rural community...K. A. Young has captured them in Man in the Moon....the struggles of friendships, recognition, acceptance, and personal victories through the eyes of a very REAL girl, Maxey. K. A. Young addresses contemporary issues with humor and sensitivity. The important role of family--whether single, blended, or traditional--is clearly demonstrated throughout this engaging story. --Joleen Yeager **Man in the Moon portrays the struggles, the achievements, and the emotional and spiritual growth of a young girl. It's easy reading, realistic, a really delightful story. --Elizabeth Caldwell Barrett **A true to life, wonderful story with great character lessons. A great book to help build self-esteem in children who are lacking confidence. --Vicki Clark, Elementary Teacher **Man in the Moon can be read by anyone from age 8 to 80. You'll enjoy each character and adventure. It would be a pleasure to read or give as a gift. --Helen Perry, Counselor #Man in the Moon is the first of three stand-alone books that tell different stories but share some of the main characters.