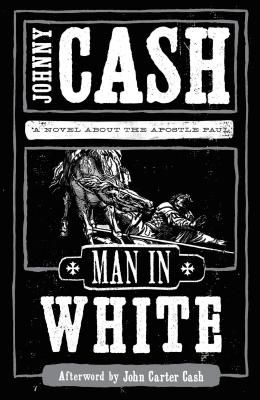 Man in White: A Novel about the Apostle Paul

The only novel written by the legendary songwriter and performer, Johnny Cash. When The Man in White ] was first published several years ago, my wife and I both read it--then read it again --Billy Graham Johnny Cash. The Apostle Paul. Two legendary men. Two thousand years apart-yet remarkably similar. Both struggled with a thorn in the flesh. And both had powerful visions from God. Paul's encounter with the Man in White knocked him to the ground and struck him blind. It also turned him into one of the most influential men in history. Johnny Cash's vision was of another man entirely-his recently deceased father-a vision that helped spark his imagination to write this historical novel about the amazing life of the intriguing figure with whom Cash identified so deeply-the Apostle Paul. See Paul as you've never seen him before--through the creative imagination of one of the greatest singer-songwriters America has ever known. Subsequently see Johnny Cash, the man in Black, as you've never seen him before--as a passionate novelist consumed with the Man in White.