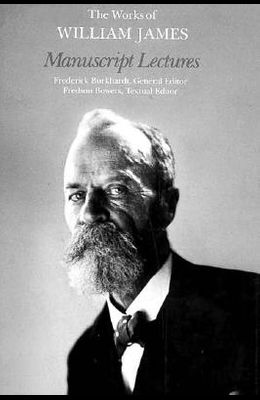 This final volume of The Works of William James provides a full record of James's teaching career at Harvard from 1872 to 1907. It includes extensive working notes for lectures in more than twenty courses. Some of the notes contain summary statements of views of James's that have never been published before, such as his treatment of the question of proof in ethics, in the only course he ever taught in that subject; others reflect contemporary controversies in philosophy, notably the famous debate on Idealism and the nature of the Absolute; still others illuminate early stages of James's thinking on crucial problems in what was to become his philosophy of radical empiricism. Often the notes yield information about his sources that is not to be found in the published writings. Because James's teaching was so closely involved with the development of his thought, this unpublished material adds a new dimension to our understanding of his philosophy. James's public lectures gained him world renown, and most of them were subsequently published. There are, however, several sets of notes for and drafts of important lectures that he never wrote out for publication; these are included in the present volume. Among them are his two series of lectures in 1878 on the physiology of the brain and its relation to the mind; the Lowell Lectures of 1896 on exceptional mental states; and the lectures of 1902 on intellect and feeling in religions, which were designed to supplement Varieties of Religious Experience and were intended to be his last word on the psychology of religion.