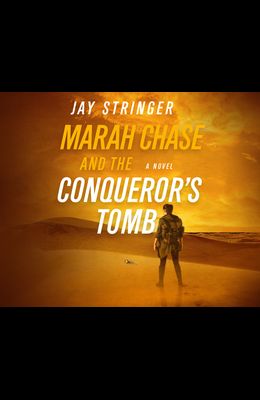 Marah Chase and the Conqueror's Tomb

by
Jay Stringer and Hayden Bishop

Once a rising star in the field of archaeology, Marah Chase is now a black-market treasure hunter, her services available to the highest bidder. But when she's caught rescuing relics in Syria before they're destroyed by war, an MI6 officer named Joanna Mason approaches her with an offer she can't refuse: help save the world or rot in prison. All Chase has to do is find Alexander the Great's lost tomb, recover an ancient weapon of mass destruction he may have used to conquer the earth, and destroy it before the bad guys can get it. Among those adversaries is a powerful church that believes in a forgotten epoch of advanced alien technology, the white supremacist thugs in its employ, and the rival archaeologist who recently left Chase for dead. Chase can't resist a challenge--or the British spy recruiting her. There's just one problem. If Chase has any hope of unearthing Alexander's tomb before the forces hot on her heels do, she'll need the help of the one person she's been afraid to see since her fall from grace: Zoe Forrester, the heir to a hidden journal that holds the key--and Chase's ex-girlfriend. A contemporary homage to the best adventure stories of literature, television, and film, Marah Chase and the Conqueror's Tomb is an action-packed, globe-trotting quest, perfect for anyone who's ever thought Indy really ought to be Jewish, female, and gay.