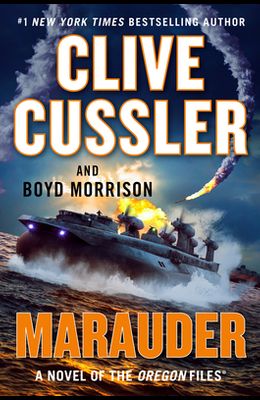 It is up to Juan Cabrillo and the crew of his ship, the Oregon , to stop a terrorist plot to release a deadly chemical weapon across the globe in the explosive new novel in Clive Cussler's #1 New York Times bestselling series. While interrupting an attack on a Kuwaiti oil tanker, Juan Cabrillo and his team discover something even more dangerous: a ruthless billionaire's dying wish has allowed a paralyzing chemical to end up in the hands of a terrorist group. When an Oregon crew member falls victim to the poison, Juan Cabrillo will stop at nothing to find an antidote before it is too late. He and his team must connect an ancient mystery with a cunning modern enemy in order to save millions of innocent lives, including their own.