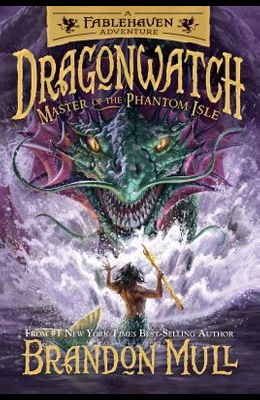 Master of the Phantom Isle, Volume 3

Cursed by the Key of Forgetting, Seth has lost all memory of his past--his relationships, his experiences, and who he really is. For now he will align with his new mentor, Ronodin, the dark unicorn, who takes him to the Phantom Isle, the secret gateway to the Under Realm. Though Seth is not formally a prisoner, Ronodin wants to use him and his shadow charmer powers for his own dark ends. Kendra is frantic to find her missing brother, but the quest will take her and her companions, including Warren, Tanu, and Vanessa, far from Wyrmroost to Crescent Lagoon--a recently fallen dragon sanctuary made up of many islands and underwater domains. Its caretaker has regained a foothold on one of the islands. If Kendra and her friends can save that sanctuary, they might uncover the answers they need to rescue Seth. With each sanctuary the dragons overthrow, Celebrant, the Dragon King, comes closer to the dawn of a new Age of Dragons. With the forces of darkness on the march, can Kendra and her allies gather enough power to win the epic dragon war?