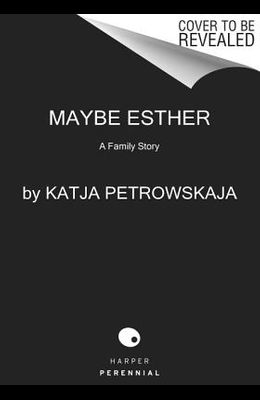 by
Katja Petrowskaja and Shelley Frisch

From the Back Cover An inventive and extraordinarily moving debut memoir that pieces together the personal story of one family across twentieth-century Russia, Ukraine, Poland, and Germany. Katja Petrowskaja sought to re-create her family's encounters with history. Her idea blossomed into this striking and highly original work that is part memoir, part investigative reportage, and part mystery--an account of her search for place and meaning within the stories of her ancestors. In a series of tightly connected stories, Petrowskaja charts a remarkable cast of characters. Her grandfather joined the revolutionary underground and split his branch of the family from the rest. Her great-uncle was sentenced to death for shooting a German diplomat. Five generations of her Jewish relatives dedicated their lives to deaf-and-mute children, and her grandmother ran a school for wartime orphans. Her Ukrainian grandfather spent years in a POW camp and disappeared after the war, only to reappear forty years later. And, finally, the most elusive figure, her great-grandmother whose name may have been Esther. She alone remained in Kiev at the outset of the war and was killed by a Nazi guard outside her house in the city center. How do you talk about what you can't know, and how do you make sense of the controversial past? To answer these questions, Petrowskaja reflects on a fragmented and traumatized century, and brings to light family figures who threaten to drift into obscurity. Maybe Esther is a poignant, haunting investigation of the effects of history on one family as well as a deeply affecting exploration of memory.