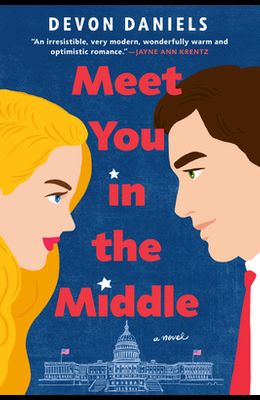 Meet You in the Middle

What happens when the person you find most impossible becomes impossible to resist? Opposites distract in this hilarious romantic comedy about America's least likely couple. There's just one thing standing between liberal Senate staffer Kate Adams and passage of the landmark legislation she's been fighting for all year: Ben Mackenzie, intimidating gatekeeper for one of DC's most powerful conservative senators. After Kate and Ben lock horns in a meet-not-so-cute, they vow to take each other down--by any means necessary. She thinks he's arrogant (and doesn't deserve those gorgeous green eyes). He thinks she's too quick to judge (and irresistibly maddening). But as their endless game of one-upmanship becomes Kate's favorite part of the day, she starts to wonder if her feelings for Ben are closer to attraction than animosity...and maybe their sparring is flirting. When Kate realizes there's more to Ben than meets the eye, she's forced to confront her biggest fear: In her sworn enemy, she may have found her perfect match.

List of All Editions of Meet You in the Middle