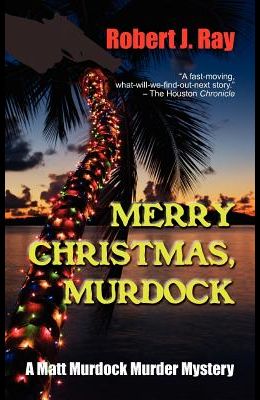 Book #4 in the Matt Murdock Series
by
Robert J Ray

Christmastime is here, and weary-but-wise private-eye Matt Murdock is short on funds and holiday spirit. There are no white Christmases in Newport Beach, California, but there are soggy ones. One rainy evening at the Xanadu Mall, a down-on-his-luck mystery writer named Marvin Holly meets a runaway teenager and autographs her book. As they exit the mall, they encounter the headlights of a speeding car. In the aftermath the author is missing and the girl is in a coma. On an earlier case, Murdock befriended a precocious teenager named Cindy. Cindy is the product of a broken home, a very wealthy one, and her people would rather break Murdock's face than accept his help finding out what happened to her biological father-the missing author from Xanadu mall. Meanwhile Murdock has been hired to find out why Heather, the daughter of a sexy but tightly wound senator named Jane Blasingame, was injured in a hit-and-run. Is she the teenager last seen with Cindy's father? And was Heather really a member of the notorious San Diego gang, a group of wholesome looking youngsters who prey on unsuspecting salesmen? Cindy's mother and the fabulously wealthy Duke family-the clan of Cindy's uncle-were not fans of Marvin Holly's work ... or the man himself. They certainly don't want Murdock to locate him. How are Holly's disappearance and the hit-and-run connected? Will the lovely senator fall for Murdock's rugged charms? If the holidays don't kill Murdock then this case will.