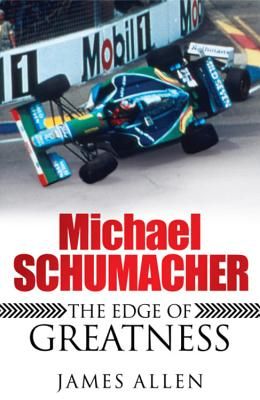 Michael Schumacher is the outstanding Formula One driver of his generation and, statistically, the greatest ever. Gifted with a rare blend of superior ability and nerve that defines a champion, for 15 seasons he has left rivals trailing in his wake, winning an unprecedented seven world drivers' championships. But he is a controversial figure, feared for his ruthless tactics, despised for using extreme methods in pursuit of his goals. THE EDGE OF GREATNESS examines Schumacher's entire career: from his first Grand Prix with Jordan to his Benetton world championships and his attempt to win back Ferrari's crown. It tells the story behind Schumacher's record five consecutive world titles, uncovers the secrets of how he has stayed at the top for so long and examines the impact of his domination on the sport. Frank, honest, adroit and in-depth - James Allen reveals the anatomy of a champion.