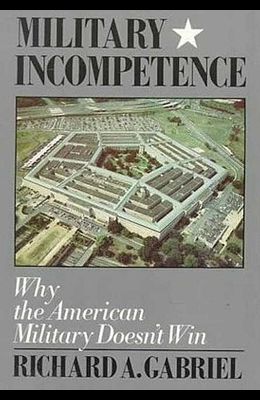 The history of American military operations in the post-Vietnam era has been marked by failure and near-disaster. Since 1970, American forces have been committed in five operations--in Sontay to rescue prisoners, in Cambodia on behalf of the crew of the Mayaguez , in Iran to rescue the American hostages, in Beirut, and in Grenada--and in each case they have failed. Gabriel tells how and why each was crippled by faulty intelligence, clumsy execution, or poor planning by the Joint Chiefs of Staff. Much of his information is still classified by the Pentagon and is revealed here for the first time. Finally, Gabriel offers a prescription for reform based on his twenty-one years of military experience.