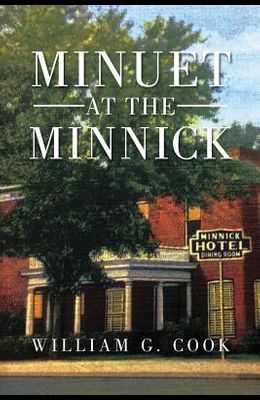 Minuet At The Minnick

Robert Mann was the leading financial wizard in New York and everything he touched turned to gold. When his Midas touch failed his enemies brought him down with false charges and accusations that sent him spiraling into oblivion with nothing but the clothes on his back and the rabid desire to return to the skyscraper he built and the penthouse at the top. But in the logic of his powerful mind there was only one thing to do. He had to return to the place of his birth and seize again the motivation and inspiration that had caused him to leave the small southern Middle Tennessee town where he had first seen the light of day. But he was not prepared for the images that exploded in his brain when he walked into the Minnick Hotel. The silent walls of the old building held secrets that Robert Mann had purged from his memory when he left twenty eight years ago. But there were those who remembered and they, like the enemies in New York, sought to destroy him, only this time they wanted to take his life.

List of All Editions of Minuet At The Minnick