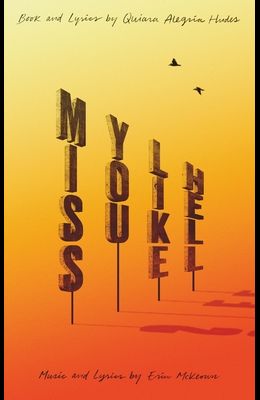 Miss You Like Hell makes a tender pitch for the endangered values of understanding and inclusiveness. -- Los Angeles Times A troubled teenager and her estranged mother-an undocumented immigrant from Mexico-embark on a road trip and strive to mend their fractured relationship along the way. From the writer of the book for the musical In the Heights comes Miss You like Hell, a musical adaptation of Hudes' play 26 Miles that was inspired by her own experience on a road trip with her mother. Combined with the musical talent of Erin McKeown, Hudes artfully crafts a story of the barriers and the bonds of family, while also addressing the complexities of immigration in today's America. Quiara Alegr a Hudes is the author of the Pulitzer Prize-winning Water by the Spoonful , the Tony Award-winning musical In the Heights and the Pulitzer Prize finalist Elliot, A Soldier's Fugue . Her other works include Daphne's Dive; Barrio Grrrl , a children's musical; Yemaya's Belly ; and The Happiest Song Plays Last , the third piece in The Elliot Plays trilogy. Erin McKeown is an American multi-instrumentalist, producer, and singer/ songwriter. McKeown's career began in the folk scene, but her music has touched upon pop, swing, rock, folk, and electronic music, as well as many other genres. She has released fourteen albums, the most recent being Mirrors Break Back (2017). McKeown graduated from Brown with a degree in ethnomusicology.