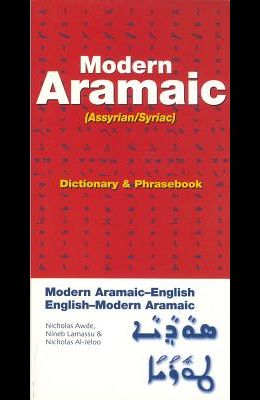 Aramaic is now recognised throughout the world as the language spoken by Christ and the Apostles. Contrary to popular belief, however, it is very much a 'living' language spoken today by the Assyrian peoples in Iran, Iraq, Syria and Turkey. It is also heard in Assyrian emigre communities of the US, Europe and Australia. Modern Aramaic or Assyrian is made up of a number of dialects. The two major ones are Swadaya (Eastern) and Turoyo (Western). This unique dictionary and phrasebook incorporates both dialects in a way that illustrates the differences and gives the reader a complete understanding of both. The dialects are presented in an easy-to-read romanised form that will help the reader to be understood.