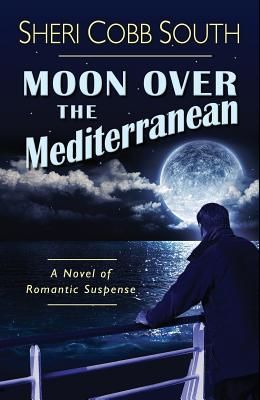 Moon over the Mediterranean

In 1961, young schoolteacher Robin Fletcher is delighted to accompany her widowed aunt on a cruise from Barcelona to Venice-a voyage whose ports of call include some of the great cities of Europe. On her first night at sea, Robin is awakened by the moonlight flooding through her stateroom window. When she goes up on deck to admire the view, she observes one of her fellow passengers throwing something off the stern of the ship. Thus begins a series of strange incidents, each more bewildering, and more terrifying, than the last: a quarrel overheard among the ruins of Pompeii, the only word of which Robin can understand is her own name; an attempted assault in Istanbul's exotic Grand Bazaar; and, finally, a terrifying confrontation amidst the romantic and mysterious canals of Venice. And through it all there is Markos, the ship's enigmatic photographer, who seems to know more than he's telling. By the time the trip is over, will the voyage have changed Robin's life-or ended it?