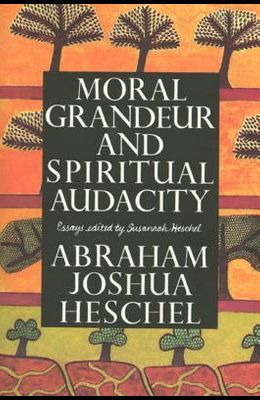 From the Back Cover Dr. Abraham Joshua Heschel (1907-72), one of the foremost Jewish savants of our time, was internationally known as scholar, author, activist, and theologian. In his lifetime Heschel spoke and published widely. Arriving in the United States in flight from the brutalities of Nazi Germany, he never forgot that the search for the divine and for human spirituality is inseparable from the search for a just society. As a revered and beloved teacher, he impressed on his students, first at the Hebrew Union College in Cincinnati and then during his many years as Professor of Ethics and Mysticism at the Jewish Theological Seminary of America, the spiritual imperatives of prayer, of ecumenism, of social decency. This first collection of Dr. Heschel's essays is arranged in five groups: Existence and Celebration, No Time for Neutrality, Toward a Just Society, No Religion Is an Island (on ecumenism), and The Holy Dimension. The essays include a tribute to Reinhold Niebuhr and a discussion of Father Bernard Haring, the moral theologian. The appendix contains Carl Stern's famous television interview with Dr. Heschel, recorded shortly before his death. The book also includes an introduction to Dr. Heschel's life and thought by the editor, his daughter, Susannah Heschel, who holds the Abba Hillel Silver chair in Jewish Studies at Case Western Reserve University in Cleveland. She is also the editor of the landmark collection On Being a Jewish Feminist.