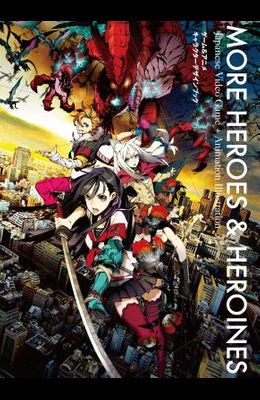 by
Shirow Miwa and Yusuke Kozaki and Redjuice

Following former best selling title; Heroes and Heroines, this title showcases the most trendy and updated illustrations by about 60 prominent character designers covering both video game and animation. Featuring a bilingual interview with Shiro Miwa, a leading comic artist who is also a character designer of 7th Dragon 2020 (cover art). Featured animations and video games design from these titles: &#12288;Girls and Panzer; Kantai Collection; Kill la Kill; Attack on Titan; METAL GEAR SOLID V; and much more. Text in Japanese and English.