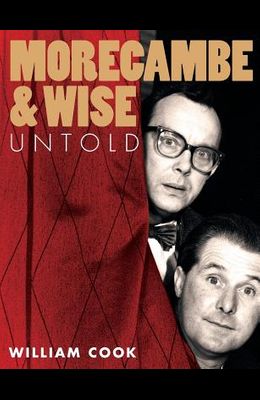 The illustrated story of Eric and Ernie's early years as variety entertainers, and the first ever biography to reveal how they became Britain's best loved comedy double act. Eric Morecambe & Ernie Wise were Britain's greatest ever double act, but there's never been a book which really revealed the era that made them such a special part of our national culture. Until now. Although they ended up on TV, they started out in variety, and their record-breaking Christmas shows were a secret homage to that forgotten world. For a quarter of a century, from the early Forties until the late Sixties, they were a live act first and foremost, playing pantomime and summer season, variety theatres and seaside piers. 'You're making us look like a cheap music hall act, ' Ernie used to complain, in mock protest. 'Well, we are a cheap music hall act, ' Eric would reply. Morecambe and Wise Untold is a book about Eric and Ernie's live years. What was it really like, that lost world which they came from? How did it shape them? What were the other acts like? And the theatres? And the shows? Why did they survive, while so many other variety acts vanished? This is the story of the spit and sawdust places where they served their showbiz apprenticeship, told through the reminiscences of the people they met along the way. Morecambe and Wise Untold contains brand new interviews with Ken Dodd and Bruce Forsyth (who worked with Eric and Ernie in Variety) plus Michael Grade, Ernest Maxin and John Ammonds, who got to know them as a live act, and went on to mastermind their phenomenally successful TV shows. There are interviews with Gail and Gary Morecambe (Eric's children), Joan Morecambe (Eric's widow) and a rare and revealing interview with Doreen Wise - the first time that Ernie's widow has ever been interviewed for a book about Morecambe & Wise. The text is accompanied by a wealth of rare and previously unseen photos by Gary Morecambe from his father's family archive and from the collections of friends, fellow performers and fans who captured the emerging story of a legendary showbiz partnership in the making.