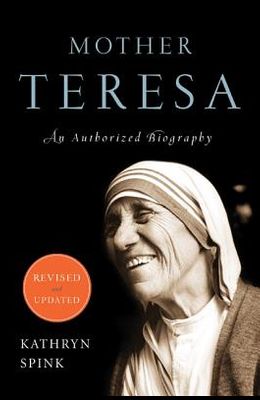 Manyhave called her a saint. She won the Nobel Peace Prize in 1979 and India'shighest civilian honor, the Jewel of India, in 1980. Pope John Paul II declaredher Blessed, beatifying her in 2003. For nearly fifty years at the head ofCalcutta's Missionaries of Charity, the Albanian-born Agnes GonxhaBojaxhiu, better known as Mother Teresa, advocatedfor the poor and homeless, ministered to the sick, provided hospice for theafflicted, and embodied the very essence of humanitarianism. Now, revised andupdated, Kathryn Spink's definitive, authorized biography is simply the best . . . around, according to James Martin, SJ, author of The Jesuit Guide to(Almost) Everything . Thoroughly researched, sensitively written andunfailingly inspiring, Kathryn Spink's book should be, after Mother Teresa'sown writings, your first resource for understanding one of the greatest saintsin Christian history.

From the Back Cover Mother Teresa of Calcutta was the founder of the Missionaries ofCharity and winner of the Nobel Peace Prize, but her story is so much moreremarkable. From her childhood in the Balkans to her work in India, from attendingthe victims of war-torn Beirut to pleading with George Bush and Saddam Husseinto choose peace over war, Mother Teresa was driven by a mighty faith. Newly revised and updated, this edition includes a personal insight into thebeatification and continuing process of canonization for Mother Teresa, theongoing work of the Missionaries of Charity, and her dark night of the soul. Mother Teresa consistently claimed that she was simply responding to Christ'sboundless love for her and for all of humanity, bringing to the world a great lessonin joyful and selfless love. This book is a glimpse into her extraordinary faith, work, and life.