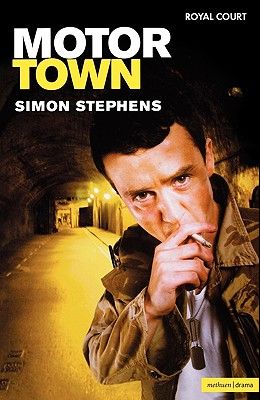 Danny returns from Basra to a foreign England and a different kind of battle. He visits an old flame, buys a gun and goes on a blistering road trip through the new home front. 'I don't blame the war. The war was alright. I miss it. It's just you come back to this.' Written during the London bombings of 2005, Motortown is a fierce, violent and controversial response to the anti-war movement - and to the war itself. Chaotic and complex, powerful and provocative, Simon Stephen's new play portrays a volatile and morally insecure world. Motortown premieres at the Royal Court Theatre on 21 April 2006. It follows the critically acclaimed On the Shore of the Wide World (Manchester Royal Exchange/National Theatre), winner of the Olivier Award for Best New Play (2005).