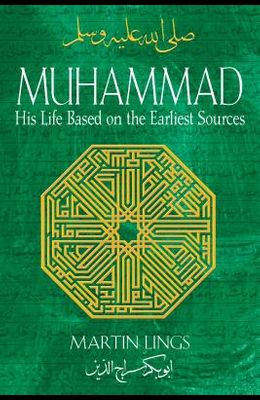 Muhammad: His Life Based on the Earliest Sources

Lings' internationally acclaimed, comprehensive, and authoritative account of the life of the prophet incorporates important additions about the prophet's expanding influence and his spreading of the message of Islam into Syria and its neighboring states. It represents the final updates made to the text before the author's death in 2005.

From the Back Cover RELIGION / ISLAMThis work is widely recognized as the most readable account of the life of the Prophet to date.--Times of LondonFor those interested in Islam in one way or another, it is mesmerizing.--ParabolaMartin Lings's biography of Muhammad is an internationally acclaimed, comprehensive, and authoritative account of the life of the Prophet. Based on the sira, the eighth- and ninth-century Arabic biographies that recount numerous events in the Prophet's life, it contains original English translations of many important passages that reveal the words of men and women who heard Muhammad speak and witnessed the events of his life.Scrupulous and exhaustive in its fidelity to its sources, Muhammad: His Life Based on the Earliest Sources is presented in a narrative style that is easily comprehensible, yet authentic and inspiring in its use of language, reflecting both the simplicity and grandeur of the story it tells. The book has been published in twelve languages and has received numerous awards, including acknowledgment as best biography of the Prophet in English at the National Seerat Conference in Islamabad. This revised edition, which represents the final updates made to the text before the author's death in 2005, incorporates important additions about the Prophet's expanding influence and his spreading of the message of Islam into Syria and its neighboring states.Martin Lings (1909-2005) was a renowned British scholar with degrees in English and Arabic from London University and Oxford University. At Oxford, he studied English under C. S. Lewis, who later became a close friend. Lings taught at several European universities and the University of Cairo and served as the keeper of Oriental manuscripts for the British Museum and the British Library. His friendship and similar beliefs with philosophers Rene Guenon and Frithjof Schuon inspired Lings to convert to Islam. He went on to become an influential member of Western Muslim society, participating in several international Islamic councils and conferences, including acting as consultant to the World of Islam Festival Trust. He is the author of twelve books on religion and spirituality.

List of All Editions of Muhammad: His Life Based on the Earliest Sources