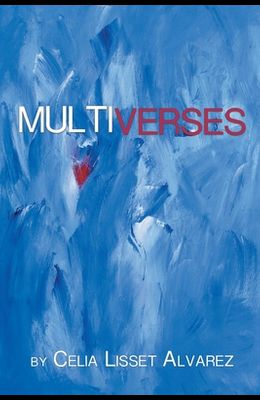 In her exploration of the multiverse theory, Alvarez deals with several griefs created by the loss of two pregnancies, a beloved granduncle, her infant son, and finally her father, in the span of just four years, by constructing multiple alternate realities in which one or more of these people survived. In this process, Alvarez deals frankly and sometimes even starkly with death and its consequences on individuals and families. The book directly addresses the questions that plague many people who grieve: What if I had done this instead of that? Would it have mattered? Is there such a thing as fate? The topic of family and loss is a natural one for Alvarez, whose family emigrated from Cuba after the communist revolution, leaving all that they had ever known and loved behind, counting on the gamble of a better life in the United States. Like many immigrants at the time, they spent four years in Spain, where Alvarez was born, before moving permanently to Miami, Florida, where Alvarez still lives. This part of Alvarez's past informs a string of poems set before the main event of the book, the death of her son. The main string of the book's narrative is memoir; Alvarez suffered a miscarriage in 2016 that she explores briefly in a few poems (all the poems are titled versions numbered according to the narrative string they belong to). In 2017, she lost her beloved granduncle, Arturo, a grandfather figure. In 2018 she gave birth at just 27 1/2 weeks to twins, a boy named after her uncle and a girl. Thought it seemed at first as if her micro preemies were doing well, Arturo died of sepsis just twenty-six days after being born. She would spend another 66 days in the NICU until her daughter, Sara, was safe enough to bring home. A year later, her father was diagnosed with Alzheimer's and then died unexpectedly of a heart attack. This real timeline is woven into alternate timelines where some of these people survived or never existed, begging the questions, What if? and Why? The poems are written in narrative style, bypassing the opportunity for pathos such a storyline might involve. Alvarez's language is sure-footed and unflinching, not unwilling to delve into the darkest parts of memory and desire. The narrative strains are woven in such a way as to have the poems speak to one another instead of following chronology, yet the reader could tease each narrative string out of the braid using the poems' titles, providing two ways to read the book. Whichever way the book is read, however, it reinforces the themes of the importance of family, the longing for reconciliation, and the questioning of faith. The book's darkness is tempered by its never-ending supply of hope, in the form of the alternative narratives each of which is a version of the poet's life untainted by fear and loss.

0
|   0  reviews
Did you read Multiverses? Please provide your feedback and rating to help other readers.
Write Review